History and About Us 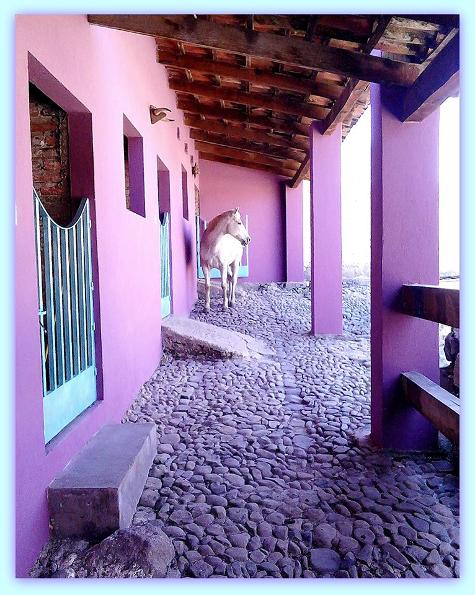 One of the horses standing in front of the old Rancho Contento Stables, which is now Casita Tres (3)

Casa Oasis was originally a small horse ranch known as 'Rancho Contento'.  The ranch was owned by two Americans from Arizona,  Peggy L and Sam D who ran the ranch that contained four horse stables.  They converted one stable into a bedroom which today is our Uno  (Casita 1 ).   We have renovated the other three stables into two bedrooms (Casitas Dos and Tres), with the middle stable divided and converted into  kitchenettes and baths for Casitas Dos and Tres. 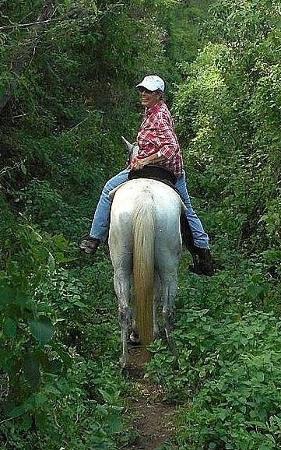 Peggy riding one of her horses on a local trail 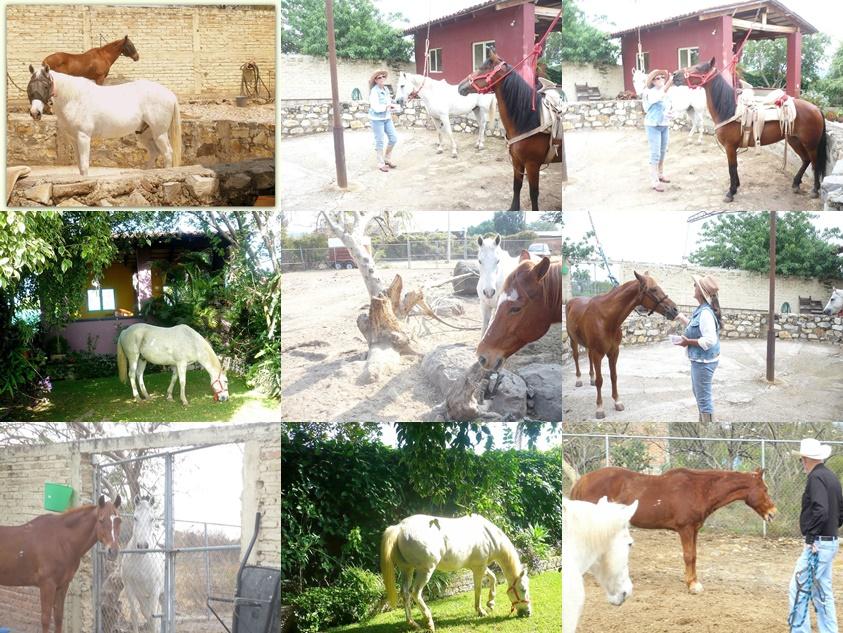 Collection of photos from the Rancho Contento days

Your hosts Robert (right in photo) and his spouse Mark (left) purchased the property in the summer of 2019.  During the fall of that year they converted the stables into guest rooms and replaced the original  cobblestone walkway with a concrete walk and patios.

Our Casa is  painted in vibrant colours that reflect the country of Mexico. In addition, we have two beautiful wall murals created and painted by artist Rachel Finklestein that present images of Jalisco and Mexico. Everywhere you go in Mexico you see colourful arts and handicrafts, buildings in various colours and a culture that in itself is very colourful and rich.  We have attempted with our Casa and your visit to capture that same vibe.

From left to right:  Dorothy,  Jeb, Bugsie, and Sara

All four are friendly with our guests and love company

Our sweet girl Twitch passed away in early August 2020